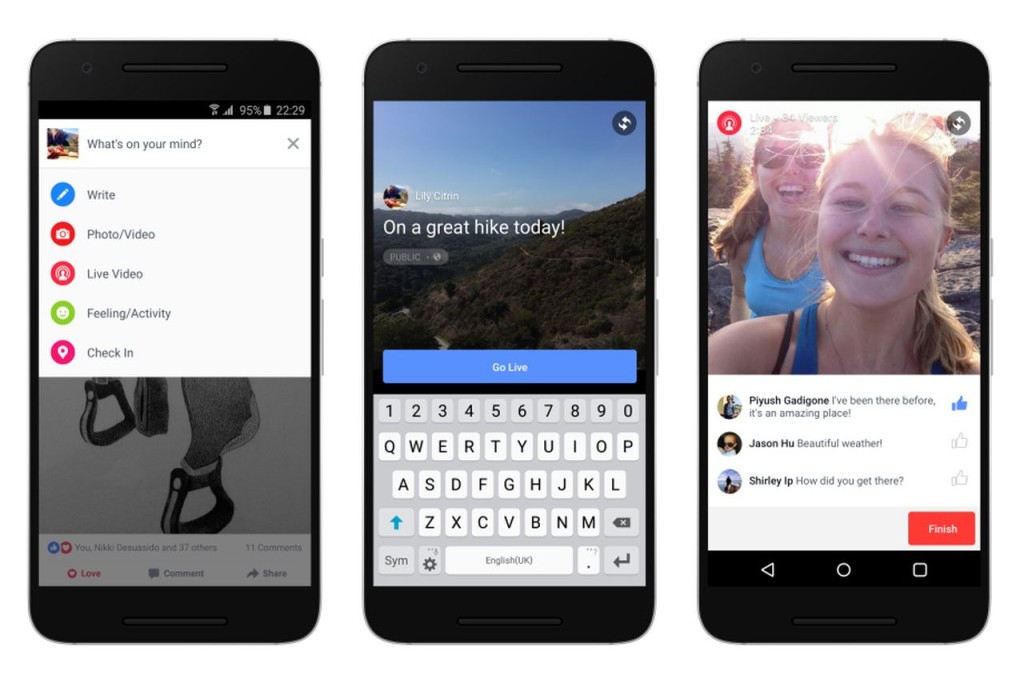 Facebook will bring its live video streaming service to Android phones within the next week, the company announced today. The Android rollout will begin with users in the US, before expanding to other countries. The Facebook Live feature, which allows users to broadcast live video through the company’s flagship mobile app, initially launched on iOS in the US. As of today, it’s available in more than 30 countries, and Facebook says it plans to bring it to new markets „within the coming weeks.“