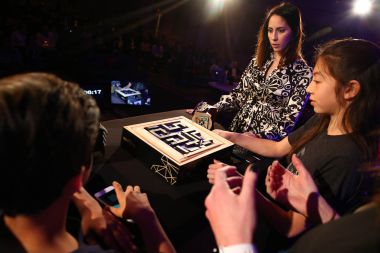 Millions of Minecraft players build virtual structures out of textured cubes in a digital world, but what if you could build something in the real world and then import it directly into a game?

That’s the idea behind Seedling’s new game, Maze, which was demoed for the first time earlier today at the Code/Media conference at the Ritz-Carlton, Laguna Niguel in Dana Point, Calif. Maze includes a physical maze-building kit, a VR headset and a mobile app.