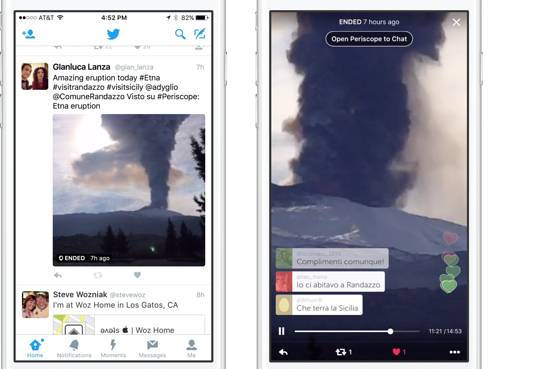 Twitter touts itself as the destination to “see what’s happening right now.” But noticeably absent from its site are live-video feeds.

That will change on Tuesday for some mobile users, who will be able to watch live broadcasts hosted on sister app Periscope within the Twitter timeline. The new feature will bring a sense of real-time awe to the social-media service, potentially introducing the Periscope app to millions of new users and keep more of its content on Twitter.