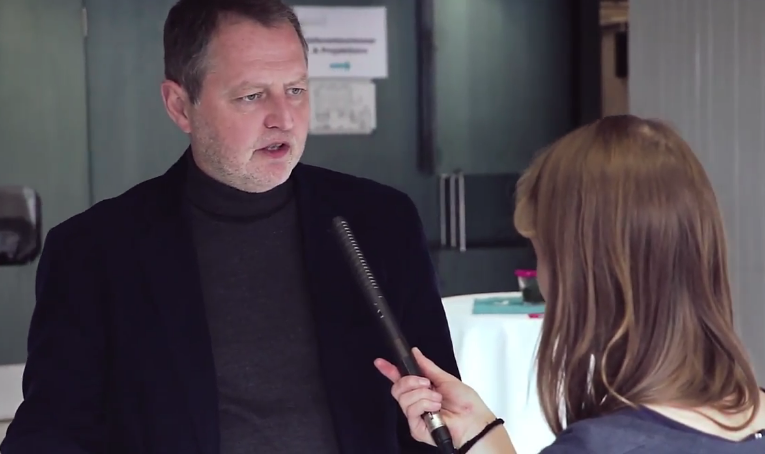 The key to successful text automation is a sensible and high-quality database, states Alkan

Bots are changing our world – and soon also journalism. What triggers horror scenarios by some can also be a great opportunity according to Saim Alkan, AX Semantic’s CEO and pioneer in robot journalism. At the Stuttgart Media Congress 2017 he took us into the world of structured data and automated texts in an exciting interview held in German. We summarized some of the key insides in this English article.

In no less than 24 languages, his company’s software can create content, within seconds, that nobody can distinguish from conventional texts: varied, stylistically appealing and technically correct. Even difficult grammatical constructions are no longer a problem. What is currently revolutionizing text creation for e-commerce and search engine optimization can also make journalist’s work easier in the future.

How does robot journalism work with bots?

AX Semantics makes it possible to create texts in a modular system without programming skills. Their software provides the technical platform for automated articles.

The final result, as well as the tonality and structure, are however determined by the editor himself. In other words, the editor builds the settings on which articles are based. These settings are taught to the system once, followed by an intuitive and self-explanatory process of data import.

“We created a platform that is used by editors to produce bots themselves. The editorial department is always in control of the published content.”

In this process the database is the core. Well-structured and high-quality data, for example in the form of an Excel spreadsheet, is the basis for good bot texts.

Machine learning makes it possible to recognize successful text patterns through user behavior and interaction with the articles and to optimize future texts accordingly.

“We derive the user’s behavior under certain aspects as desired and the software starts to optimize the content for certain parameters. A measured variable could be, for example, the average length of stay.”

Practical example: Where are automatically generated texts from bots used in journalism?

Some traditionally neglected areas or niches in journalism and content generation can directly benefit from bots. Saim Alkan gives an example:

“A German weather service that produces 500,000 weather texts per month – everyday about 15,000 different cities, including small towns. Not a single person writes all these texts. A regular editor may write one or maximum 4 weather reports for different zones of Germany, but we talk about granular content creation. Content that otherwise wouldn’t be written in the first place.”

This opens a bright spectrum of possibilities but also has its borders. The best example of a border would be things that can’t be found within databases.

Future prospects: Journalists must get involved with bots

Saim Alkan is certain, in a few years automated text production will be an integral part of journalism. Cross-media content is already making it necessary to optimize texts for the various channels more and more concretely.

Alkan predicts a far-reaching change in media houses and advises journalists to show willingness to change, to open up to these subjects and to see bots as an opportunity. Stating that job profiles will change dramatically in the close future and that new professions will emerge, creating also new work fields.

“A professional would endanger his job more if he doesn’t approach these issues with a certain willingness to change.” says Saim Alkan

“I believe that in a few years job profiles will shift. Journalistic content will be produced differently and we will change the career training by even creating new professions. For example the “data researcher”, whose focus is the database’s quality just as a journalist checks his sources today. In addition to every journalist there will be also a software developer sitting next to him, who will take care of the technical and interactive elements of content creation. Is going to be a job mishmash.”

Nevertheless there are topics that are simply so big and important, that journalistic capacities have always been available for them and will continue to be so in the future. Then Alkan reflects about the opportunities to report on things that are often neglected but also need a stage. Incidentally, this is an opportunity that he sees by allowing self-reporting and somehow, democratizing content creation for small players or niches.

Does the user recognize the automated created text?

It seems that it is indeed the case that readers can no longer recognize automated created text.

“We are miles away from cloze texts or repetitive sentence structures. On the contrary, more than 1,000 participants on a LMU (Ludwig Maximilian Universität München) study said that robot articles were objectively and professionally better“.

Nowadays media companies can consequently benefit from technology by offering to their readers additional added value, reach new audiences and save time while focusing in major journalistic topics.

Link to the German version.

Masterstudentin in der Fachrichtung Unternehmenskommunikation mit Schwerpunkt Internationale Kommunikation & Management an der Hochschule der Medien. Read Full
We use cookies to ensure that we give you the best experience on our website. If you continue to use this site we will assume that you are happy with it.OkDatenschutz