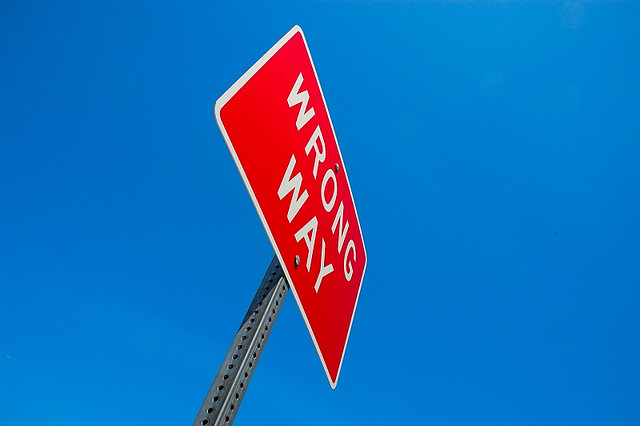 This year marks the 25th birthday of an invention that has changed the way the world functions, an enabler for incredible change and revolution in all areas of life. When Tim Berners-Lee put forward his proposal for the World Wide Web, little did he know to what scale it would develop. Once a small number of computers in government offices and universities, now vast quantities of information criss-cross the planet at previously unimaginable speeds.

However, regardless of the great advances in technology and the sheer magnitude of rich information being amassed, there is a dark side to this fantastic new world we are forming. The vision of an open and free flowing information channel imagined by Internet innovators such as Berners-Lee, Vinton Cerf and Robert Kahn has veered off track leaving us with a very different reality. Instead, what we are experiencing is narrowing freedom, disappearing net neutrality and a ‘Big Brother’ style surveillance of your data.

Large corporations dictate how we connect with the Internet and digest its content. Competing online content bodies are actively hiding information from one another and burying each other under enough material to render them out of sight; all in a bid to secure our attentions via clicks and eye time. There’s a concerted effort to try and centralise the Internet, despite the fact that it was a distributed network by design. This is against the very essence of the Internet in its purest form.

Governments and security organisations are appropriating and probing large amounts of private data indiscriminately. Edward Snowdon’s revelations in June 2013 really bought home that private doesn’t mean private anymore after it was exposed that the US government was spying on hundreds of millions of emails, browsing histories, phone calls, text messages; the list is endless.

Disappointingly, businesses that ten years ago were striving to make the Internet take off and succeed are now the singular filters that restrict, control and manipulate how data can be shared and consumed. The Internet has become the Internot.

A prime mover in the creation of the Internot is Google. The tech giant has recently been accused of abusing its market position by supressing competition in favour of endorsing its own offerings. The complaint filed by the Open Internet Project, lobbies the European Commission to impose stricter penalties on Google after a series of actions from the company exploited the free and open standards that allowed the web to flourish, leading to something vastly distorted from what it was intended to be. Somewhere along the journey to becoming a $400 billion business, Google lost its way.

Data mining, content scraping and manipulation perfected by Google, appears to have numbed the reaction to Ed Snowden’s leaks last year to one of ‘so, we sort of presumed it was happening anyway.’ Rather interestingly, Snowden and Google have since teamed up to approach the post leak chaos and mistrust as part of the ‘Reset the Net’ campaign. Although it’s rather encouraging to see Google join the fight for net neutrality and an open internet, it doesn’t defer from the concerns that we are now living in an age where secure communication channels cannot be taken for granted. Nowadays the Internet is used as a means of sharing private information, as we have always done, only instead of telling our closest friends in person we make use of a multitude of messaging applications at our disposal, seemingly oblivious that the data is being read by an analytics program, a spook or a Wi-Fi hacker. From our day to day movements to what we like to spend our money on post payday, we are being tracked and monitored with our life’s data filling up a valuable database in ‘the cloud.’

With the continuous rise in stories and issues surrounding the Internet being reported, it’s fair to say that the current condition of the internet is unpleasant and becoming more so; however, it is not beyond repair. The structural design that the Internet was built on remains unspoilt for the time being, and there are plenty of stories of it being used positively to rival every misuse.

In the end, it will be the users who will determine the future of the Internet through their choices of what technology to use, pushing demand upon certain developers and showing indifference to others.A mindful and savvy online community is perfectly capable of making the best decision for them in regards to the services they use and the content they consume. Being able to own and be in control of your own data whilst saying ‘no’ to uncontrollable services that probe in to your data for commercial or ‘Big Brother’ opportunities is the first step in the right direction. In fact there are movements springing up to address this already; the Respect Network is a major advocate of owning your own digital future with the introduction of a secure personal cloud.

Despite the present internet being attacked by threats to privacy and free choice, a dystopian future needn’t transpire. We should be boundless on the Internet, but first we must untangle the disorder of the current Internot.

The author: Rafael Laguna is co-founder and CEO of Open-Xchange, a global leader of web-based communication, collaboration and office productivity software. Sold and delivered through cloud and hosting providers, all Open-Xchange software is also available for free download, ensuring that users keep the choice to move to another provider or run the service on-premise at any time.