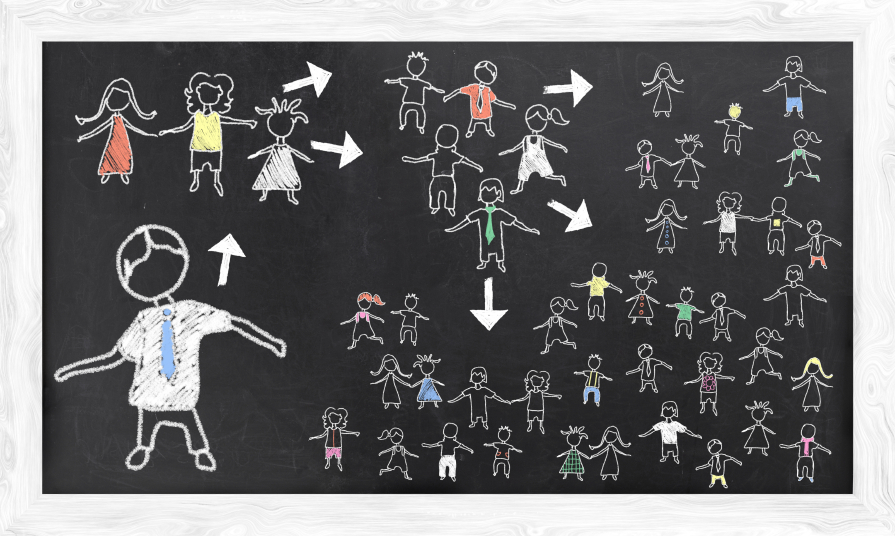 Everybody knows the viral “SUPERGEIL” in Germany. But not many people know of it in other countries. Anyway, “Supergeil” has not won any creative award at the New York Festival in 2014. Therefore, one has to ask oneself whether there is any recipe for creating a superior international viral campaign.

To figure this out, one has to consider some of the most successful global cases of the past:

The video with the well known artist Friedrich Liechtenstein advertises the store brand of EDEKA. The best ager is dancing through a world of EDEKA products finding everything “supergeil.” The commercial works with dry humor and a strong, polarizing character who appears to be quite jovial.

The case is about a very emotional viral video featuring a young Asian man doing good things in his daily life. The commercial by Thai Life Insurance in Bankok was persuasive with emotional storytelling and stimulating consumer dialogues. It encouraged clients to share their own experiences under the theme: “Believe in Good.”

By analyzing their consumers, Old Spice chose Isaiah Mustafa as its model to reach out to women. This resulted in a new and outstanding TV-commercial, which began to spread worldwide via social networks. Using the possibilities of the Internet, customers were able to talk to Old Spice. In a few days, Old Spice produced 180 response videos in a unique way.

The sensitization campaign by the Metro in Melbourne uses little bean-shaped manikins to communicate the message: “Be safe around trains!” The video shows manikins dying in different and dumb ways while singing a happy song. At the very end, you realize that it is an advertisement. The campaign managed to communicate a serious issue in a funny and not-so-educational way.

South Africa—Pay with a Selfie
The following case is a good example to show that viral campaigns can also spread without videos. A fashion brand, named Urban Hilton Weiner, offers their consumer $10 discount in exchange for a selfie.

They have to take a picture of their favorite outfit in the store and share it with friends on Facebook or Twitter. Urban Hilton Weiner achieved with low financial efforts the maximum by using trends of their target group.

Lessons in a nutshell
All these cases were very successful in their own countries. The companies achieved their targets, attaining and reaching millions of clicks and followers. Therefore you can derive some helpful from these cases for your own campaign. 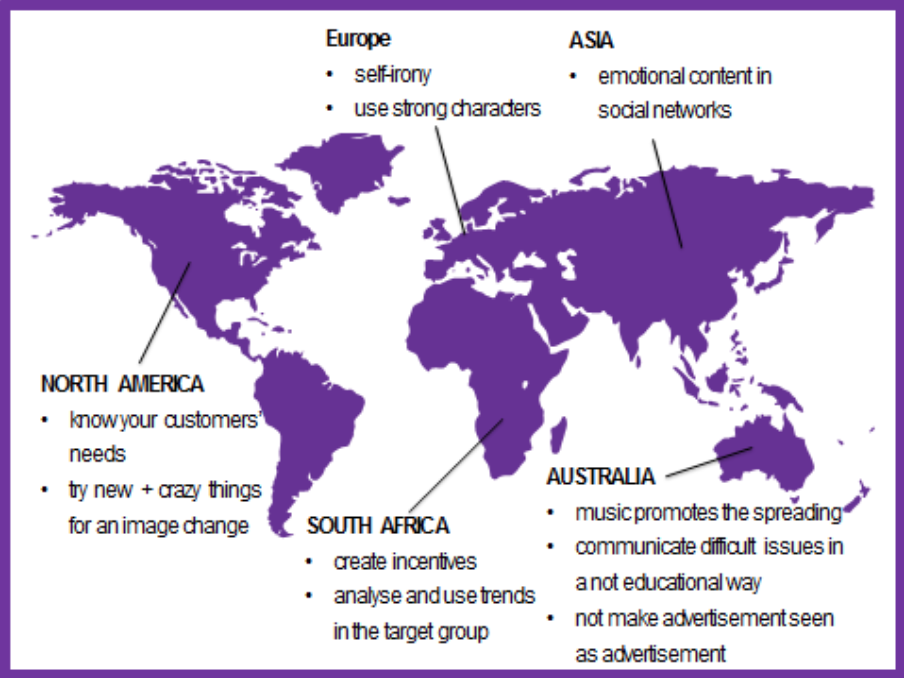 Own representation based on www.vectoropenstock.com

Finally, you can use these lessons to create your own viral campaign, but it must be remembered “the” recipe for a superior international viral campaign does not exist. Besides, country-specific circumstances like cultural backgrounds, values, and manners have to be taken into consideration. Moreover, the need to spread a viral campaign globally would depend on the aim of a company. It is difficult to predict the success of a viral campaign, but they are good for trying out something new—so just try!